“Twenties, thirties” is a series of photographs inspired by erotic photographs from the beginning of the last century. The first photos from the series were created in March 2013. It was assumed that all photos will be taken in the same place, against the background of the same wallpaper. Models, in retro stylizations, posed up to two photos – the first one was dressed up, the other contained elements of nakedness. All photos were taken with an analog medium-format camera on 6×6 plates, and later subjected to computer processing. The co-author of the project shown is Ewelina Łośko. Ewelina stylized, painted and combed models, she also posed for some of the photographs. 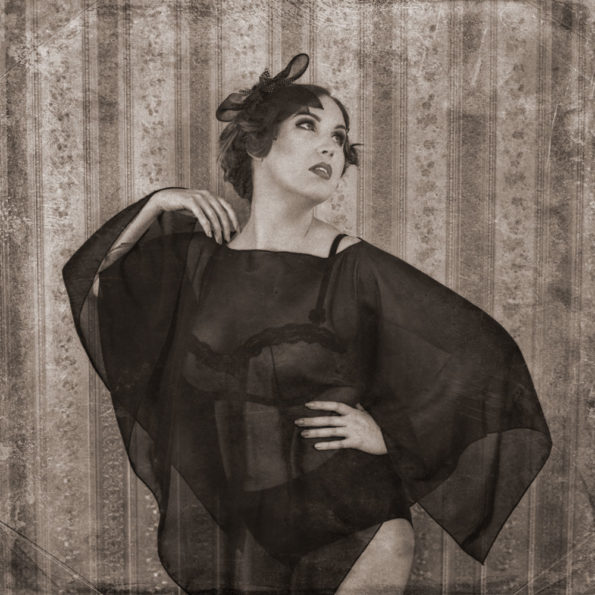 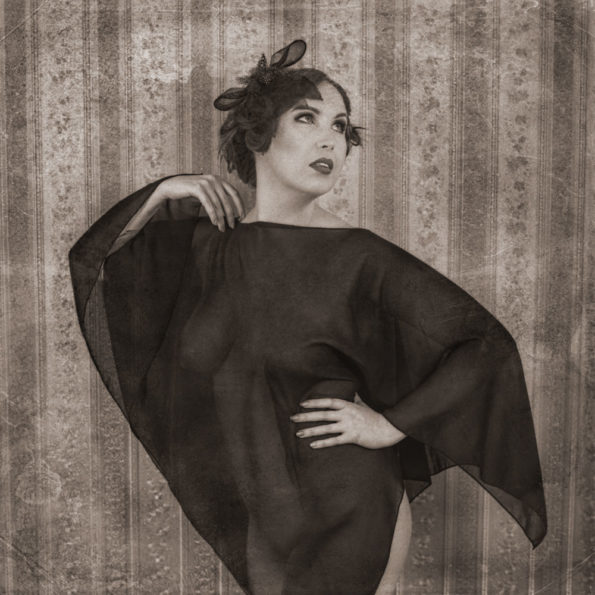 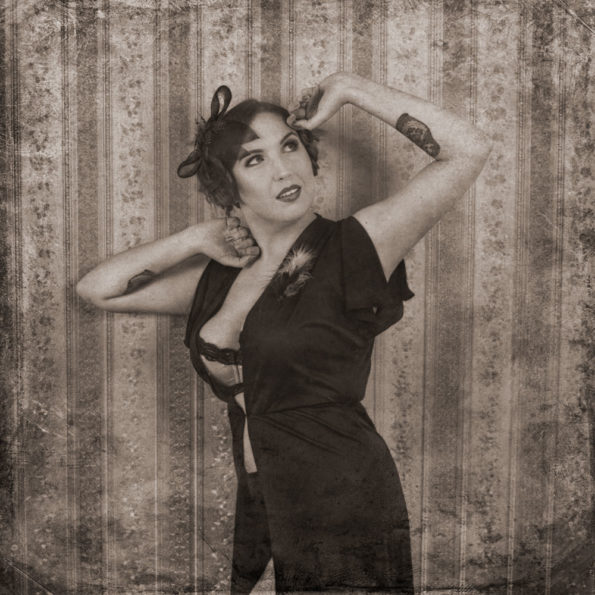 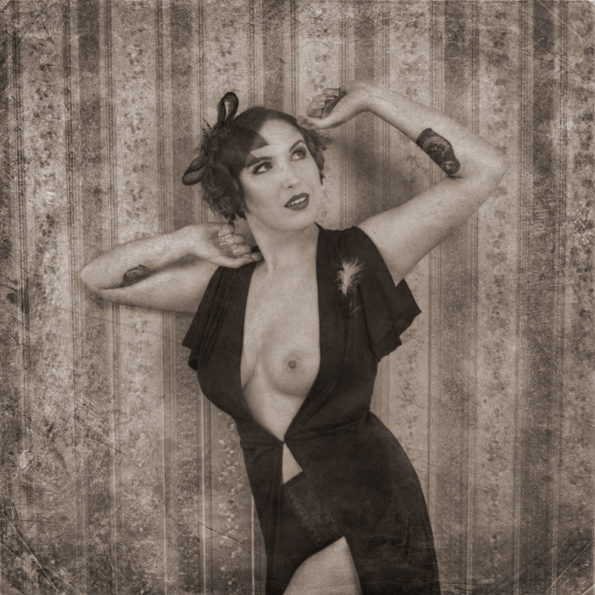 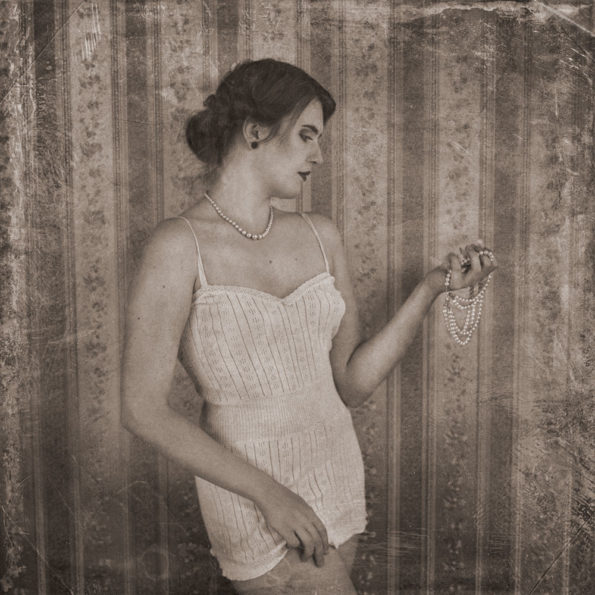 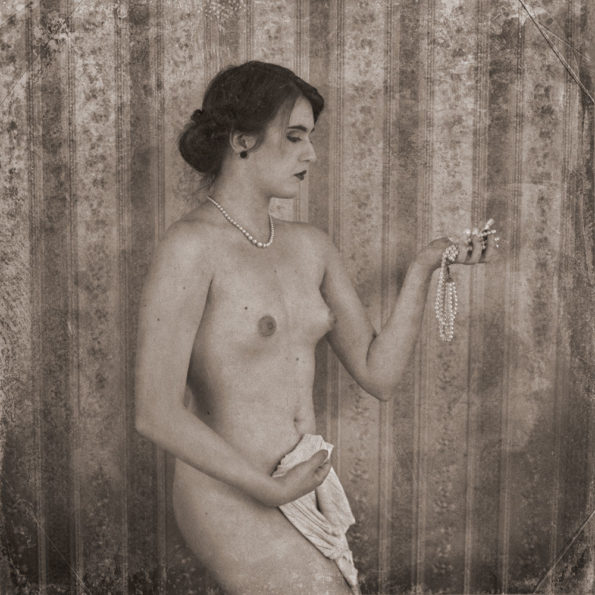 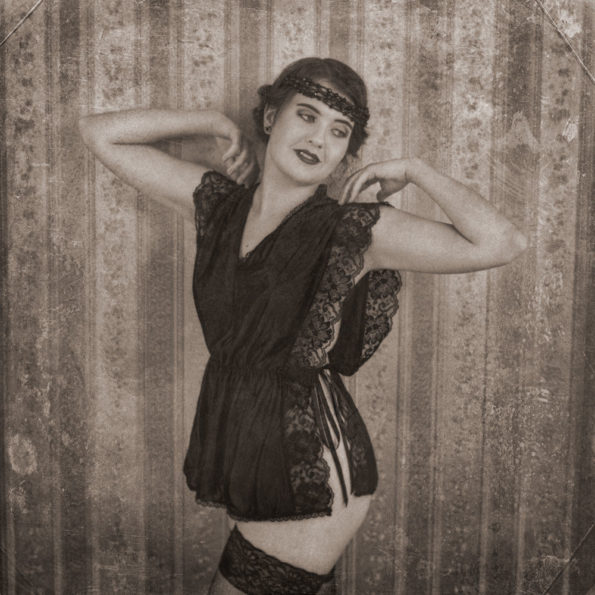 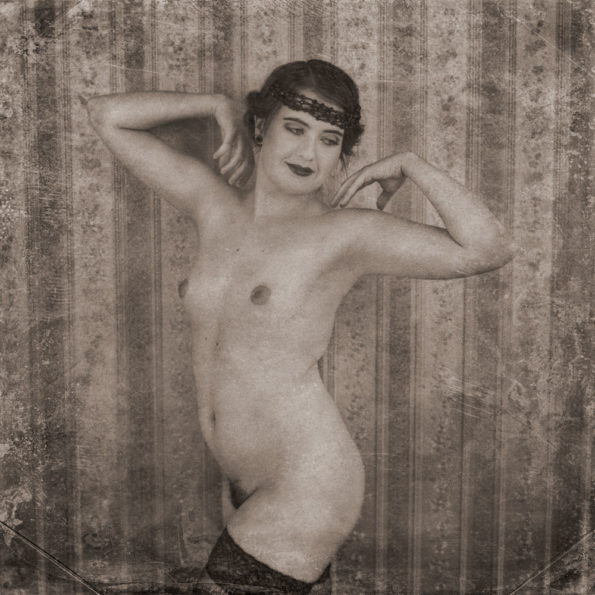 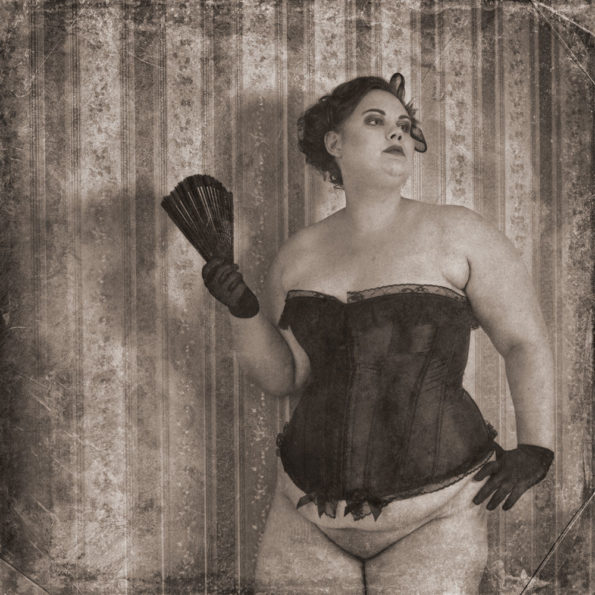 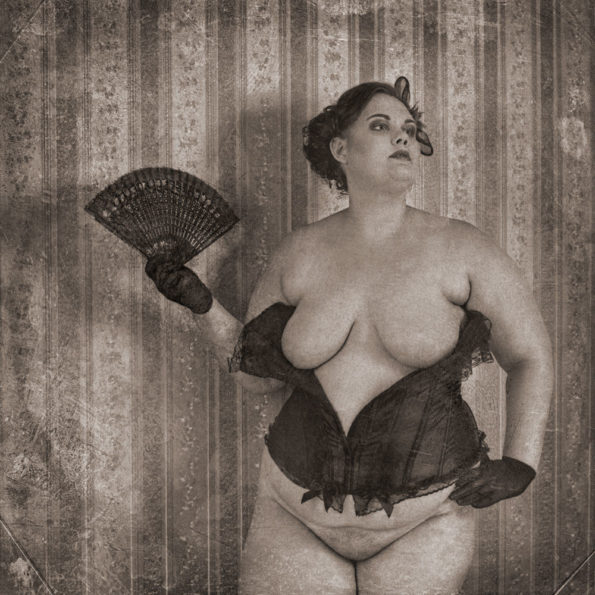 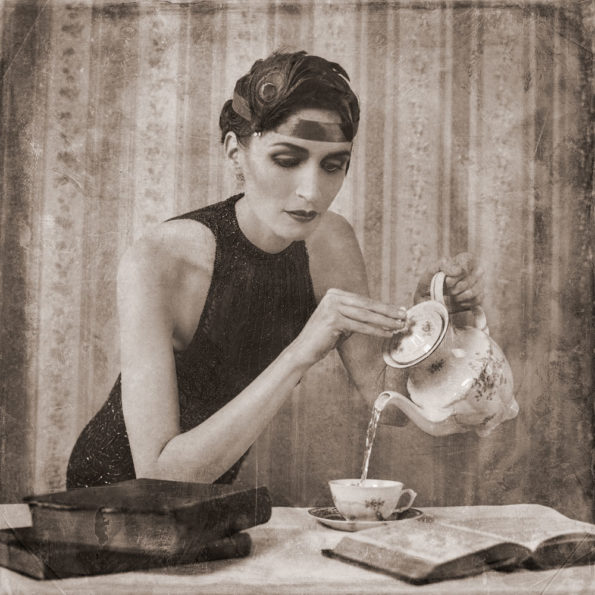 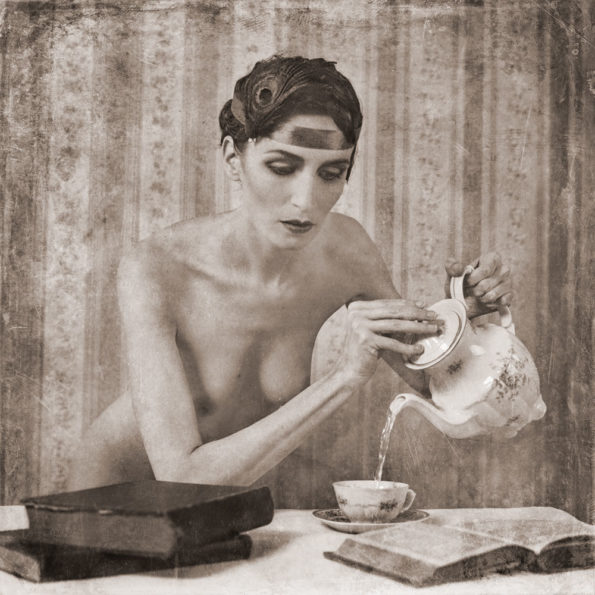 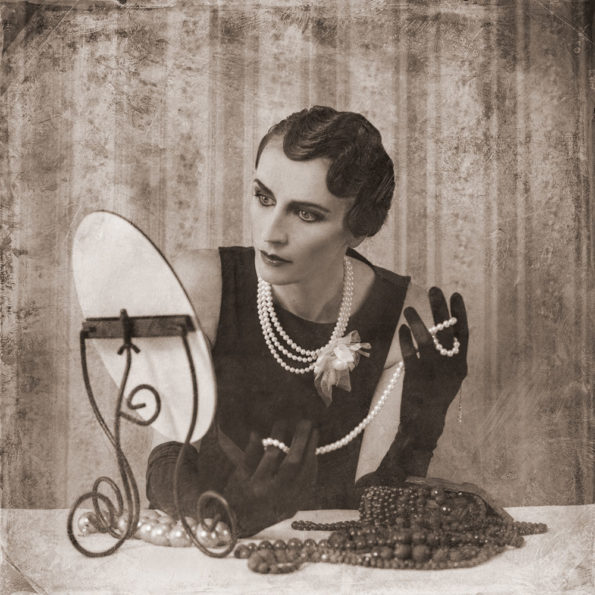 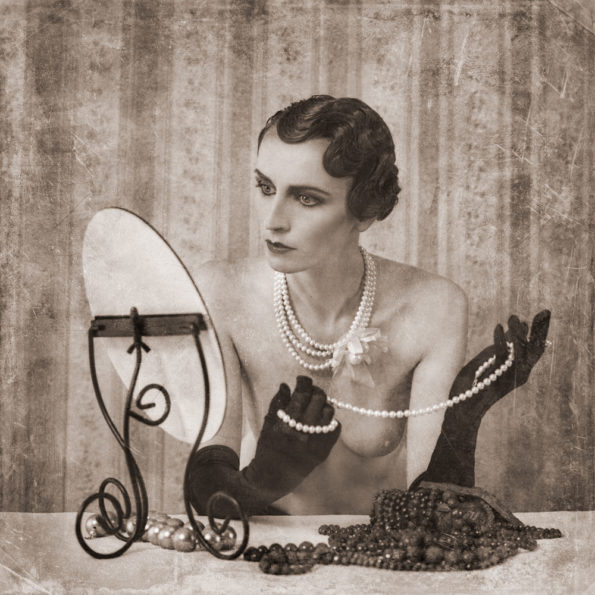 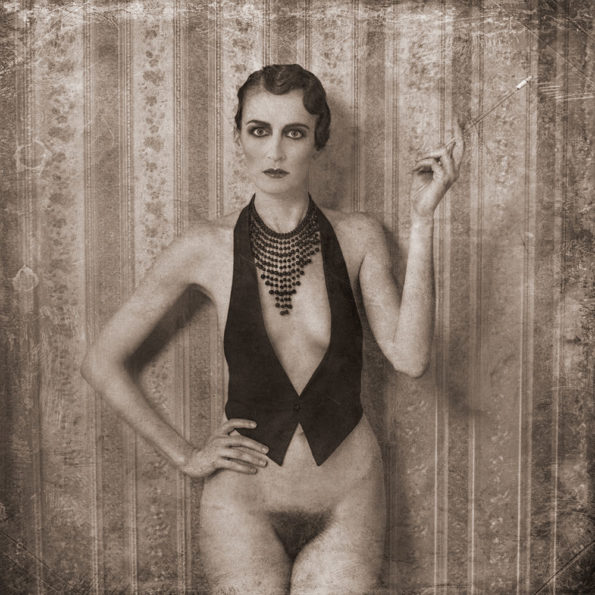 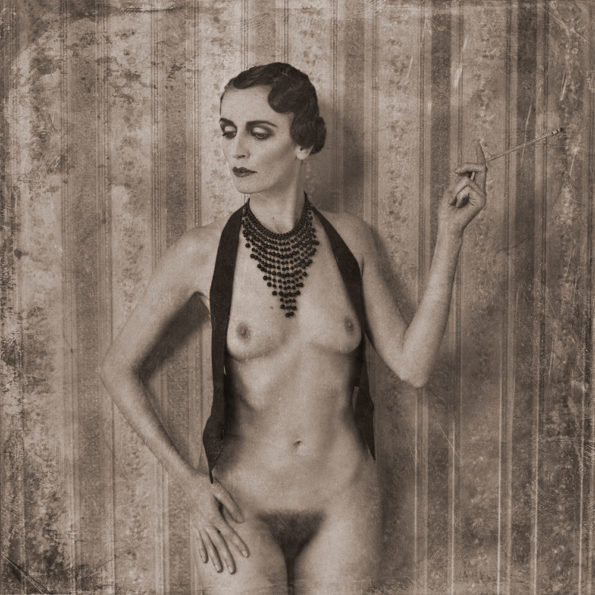 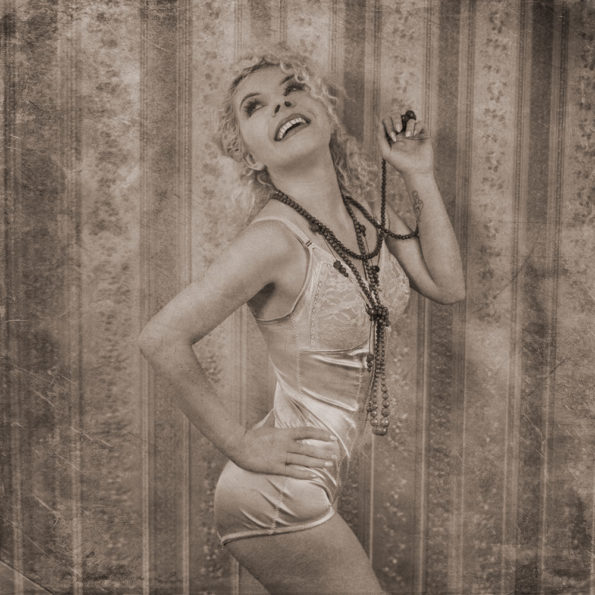 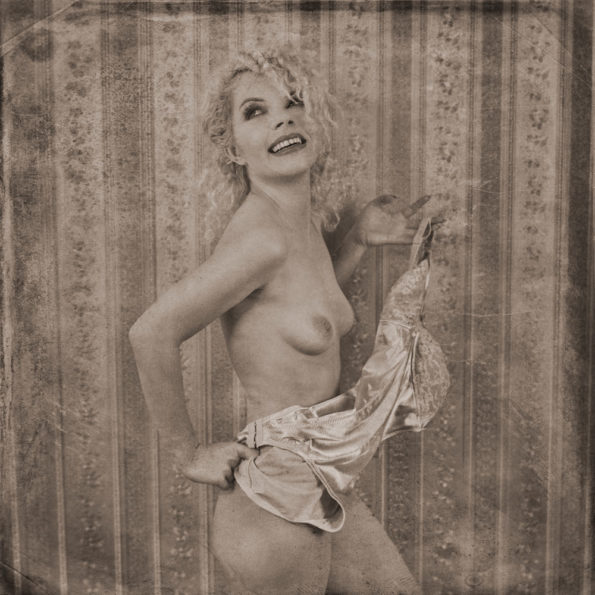 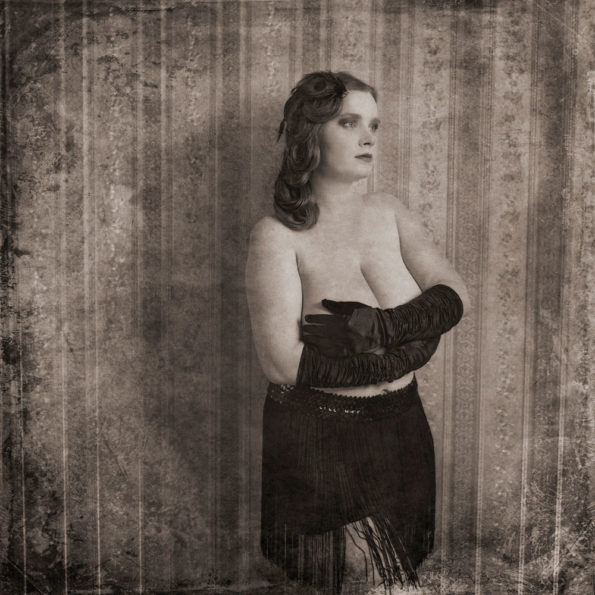 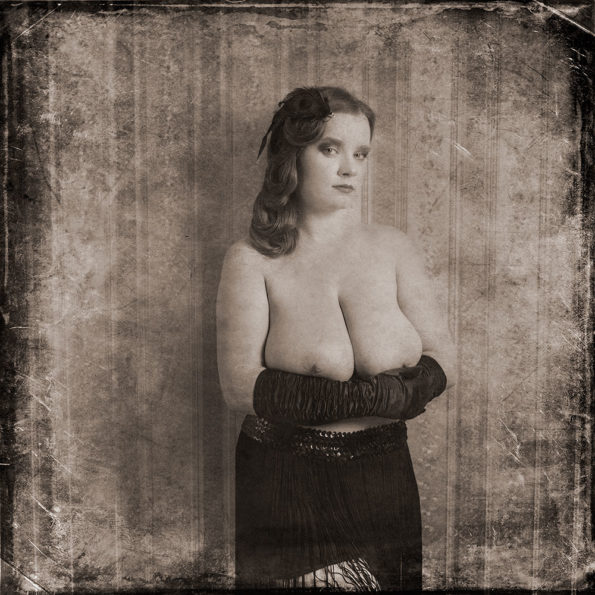 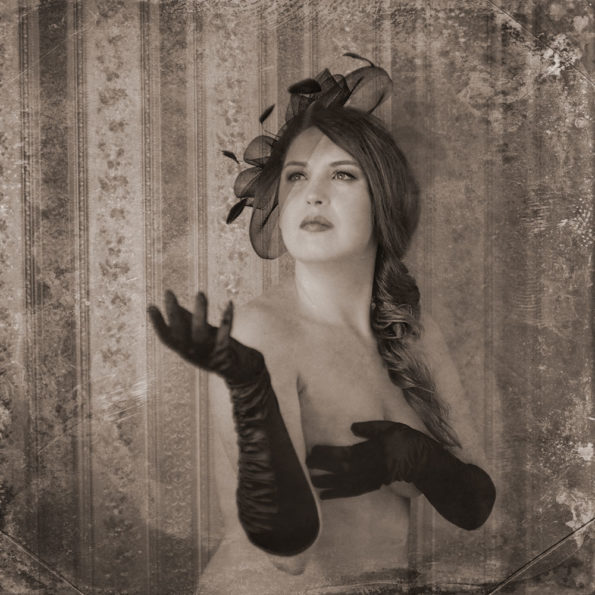 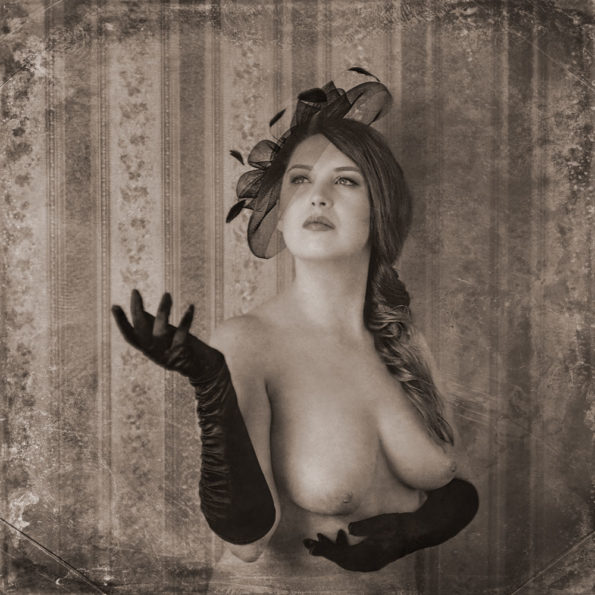 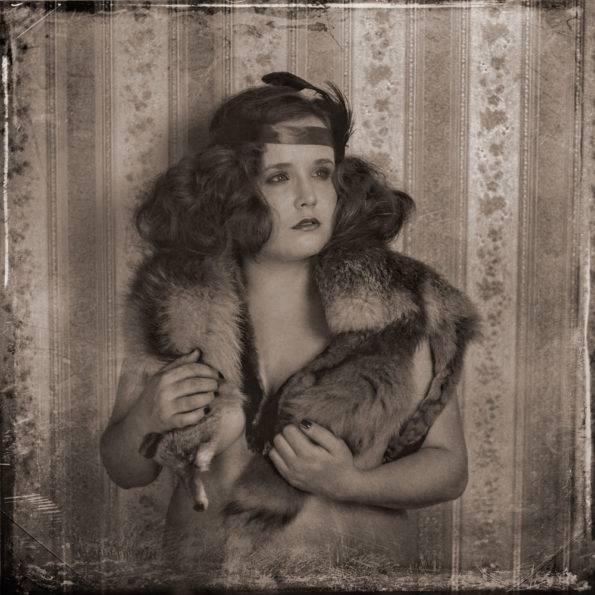 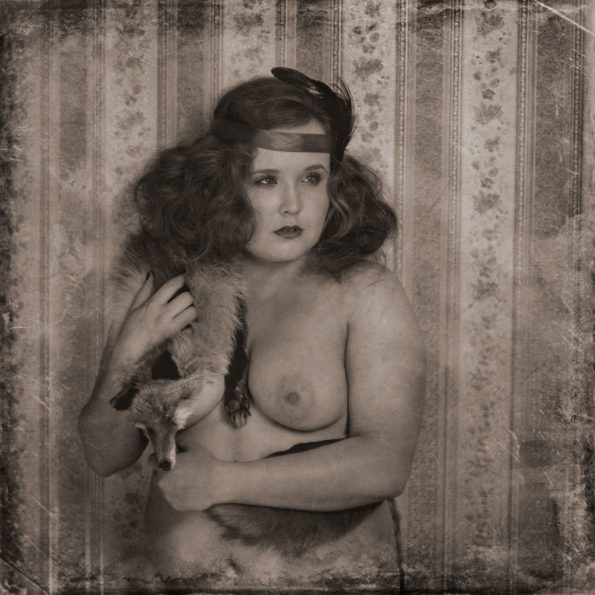 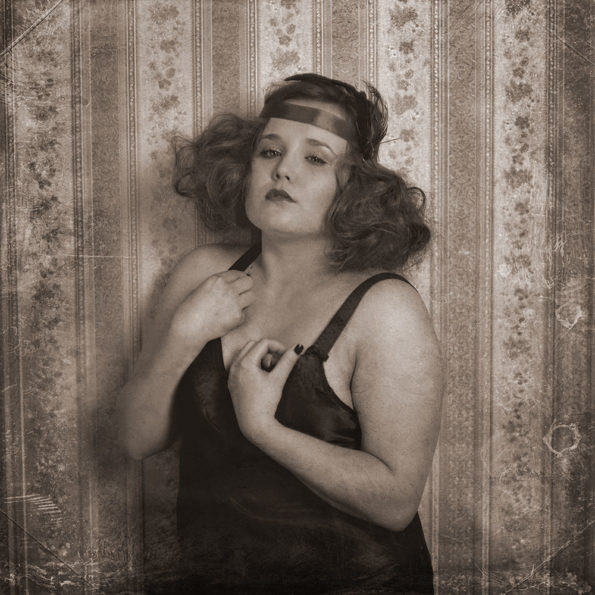 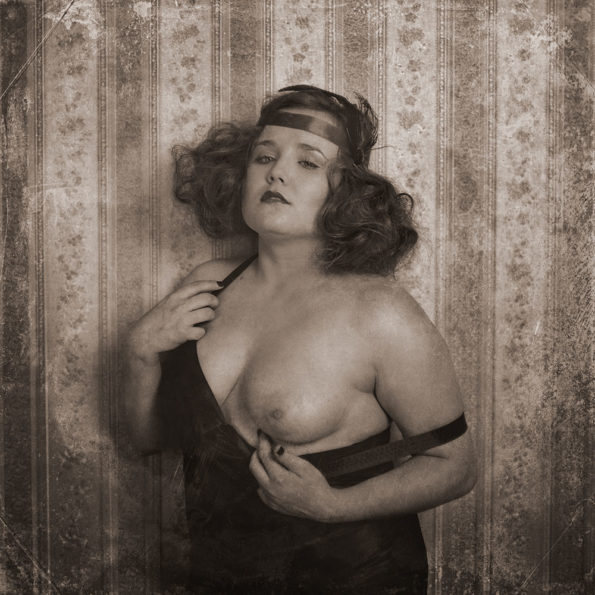 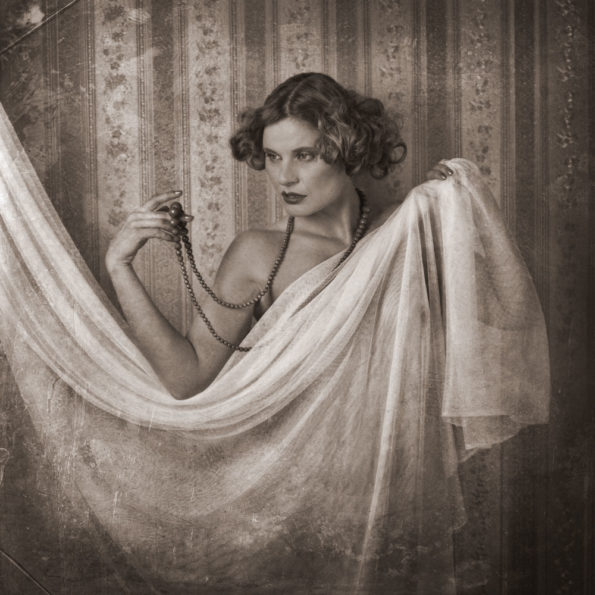 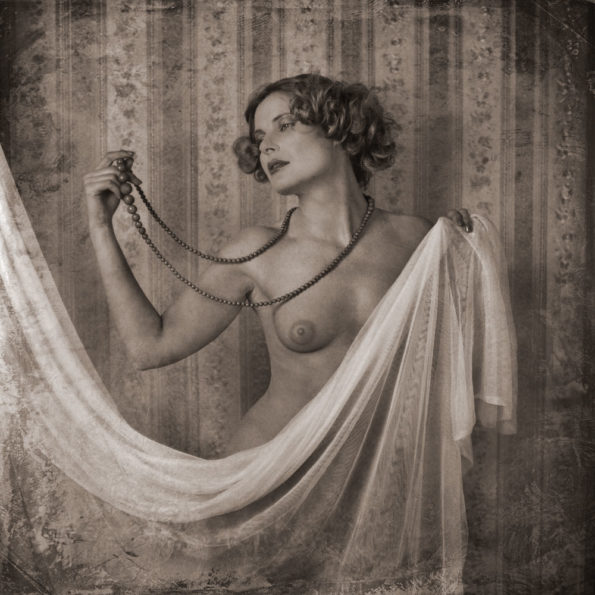 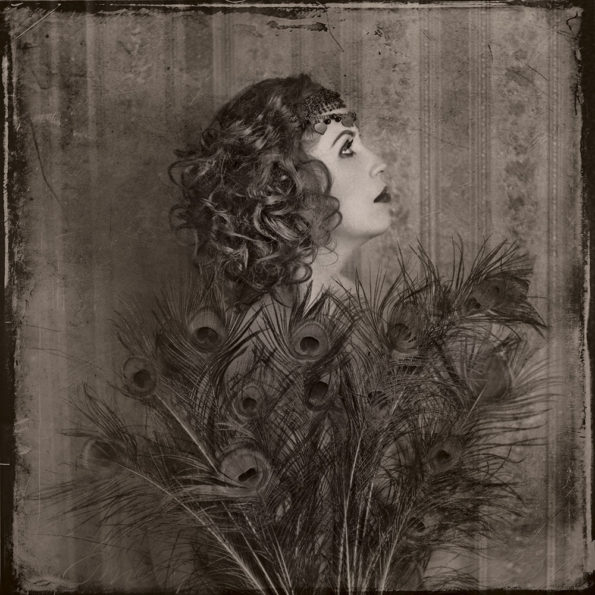 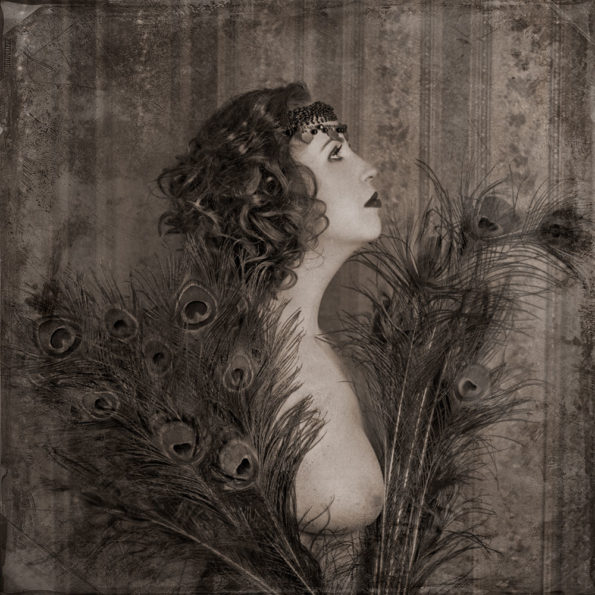